Almond trees are popular for their nuts but usually stop producing at 25-30 years. After felling a tree, you may want to know if almond firewood is worth burning. This guide examines the pros and cons of this wood and whether it’s worth the effort to split.

The wood from an almond tree makes excellent firewood that will burn clean with minimal sparking and popping. Its smoke provides a pleasant aroma, making it a popular choice for cooking.

Almond firewood produces 26.7 million BTUs per cord, which is relatively high. It will keep homes warm in the depths of winter. It has a rating similar to apple, peach, and beech; all considered valuable types of wood for fire.

Check out the following table comparing the heat output of elm to various other common types of firewood.

Almond produces minimal smoke, so you won’t have to worry about stinging, red eyes from the fire. It burns much cleaner than most softwoods like pine and Douglas fir.

Some claim almond firewood is smoky, but that is usually because they’re burning it green. If it hasn’t fully seasoned, a lot of smoke will result.

Although almond may be easy to split, it tends to twist as it grows. This feature is widespread in almond trees from commercial orchards that get pruned to encourage this behavior.

Get busy splitting almond firewood as soon as possible. This step will speed up the drying process as more surface area gets exposed to wind and sunlight.

A fire that sparks and pops too much can be unsettling for some. It also increases the chance of stay embers burning the carpet in an open fireplace.

Almond won’t spark and pop much as it burns. It’s a good option for wood stoves, campfires, or indoor open fireplaces. If you enjoy the outdoors, check out our list of suggested firewood varieties for camping.

Almond produces a pleasant fragrance that most people enjoy. Its sweet and nutty smell is milder than apple or pear and much less intense than mesquite or hickory.

The wood is perfect for smokers, barbecues, and roasters. It adds delicious flavor to beef, pork, poultry, and fish. You may find the wood burns too hot to cook; a good solution is to make wood chips and add them once the fire is burning.

If you love smoky flavor on your food, don;t miss out guide to the best cooking woods.

Almond produces reasonable coals, so constantly feeding the fire won’t be needed. It outperforms some varieties like fir, basswood, and spruce. However, the wood burns faster than popular firewood choices like oak and hickory.

Creosote is an unpleasant, highly flammable black tar that builds up inside chimneys. While harmless in small amounts, it can become a fire risk if allowed to build up over the years.

Like most hardwoods, almond burns clean and produces low levels of creosote. It is essential to allow sufficient time for the wood to dry before adding it to the fire.

Is butternut good firewood?
How good is chestnut firewood?
What is walnut like as firewood?

Seasoned wood has had most of its water content removed during drying. While hot, dry weather helps speed up the process, we suggest following these simple seasoning tips.

Pros and cons of almond firewood

How long does it take to season almond wood?

Allow almond firewood to season for at least 18-24 months before tossing it in the fire. This dense hardwood will perform best if left for three years.

Is it safe to burn almond firewood indoors?

Almond is a great choice for indoor fireplaces and stoves as it burns clean and gives off very little smoke. The wood provides excellent heat output with low amounts of ash to clean up the next day.

Can I burn green almond firewood?

Burning small amounts of green almond as kindling is okay, but larger logs will generate a lot of smoke; most of the heat will be wasted, evaporating the excess water.

How much does it cost to buy almond firewood?

Almond firewood is relatively expensive due to its lack of supply. Expect to pay roughly $500 per cord, although it is often cheaper for California residents. Most commercial almond firewood comes from trimmed orchard branches.

How do I identify an almond tree?

Almond trees can reach a height of 40 feet and look a lot like peach trees. The leaves are willow-like, and the pinking-white flowers have at least five petals. The hairy fruits look like peaches and eventually break open to reveal the nut inside.

Almond is a good choice for firewood as it provides excellent heat and burns clean. Use this wood to keep your home warm on the coldest winter nights.

Unless you live near an orchard or have a tree growing on your property, it may be hard to get a big load of wood. It is often sold in bags and is popular for cooking with. 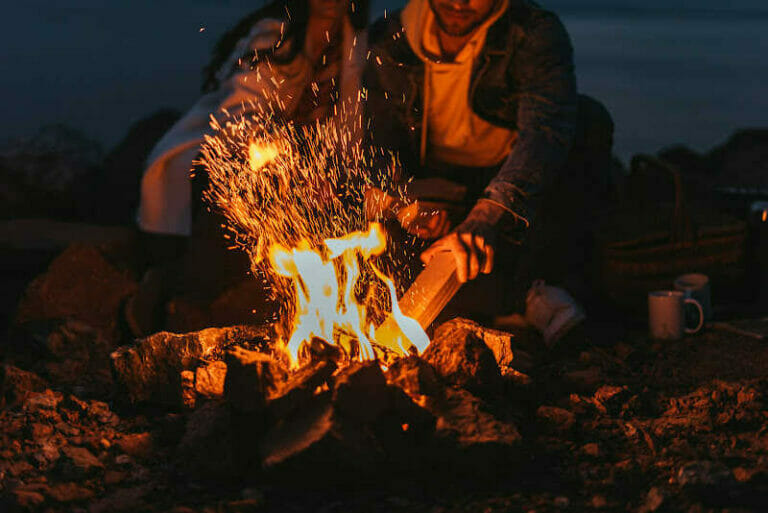 A good campfire burns clean and long, giving off lots of heat without the unwanted smoke and sparks. To achieve the perfect fire, you’ll need… 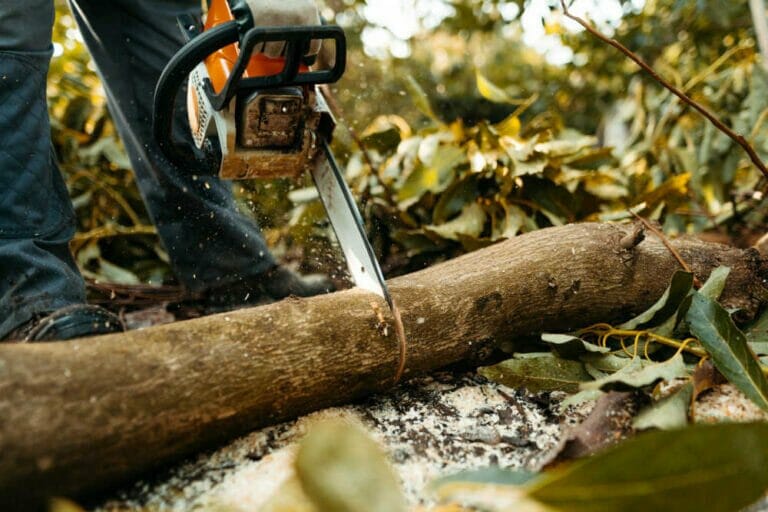 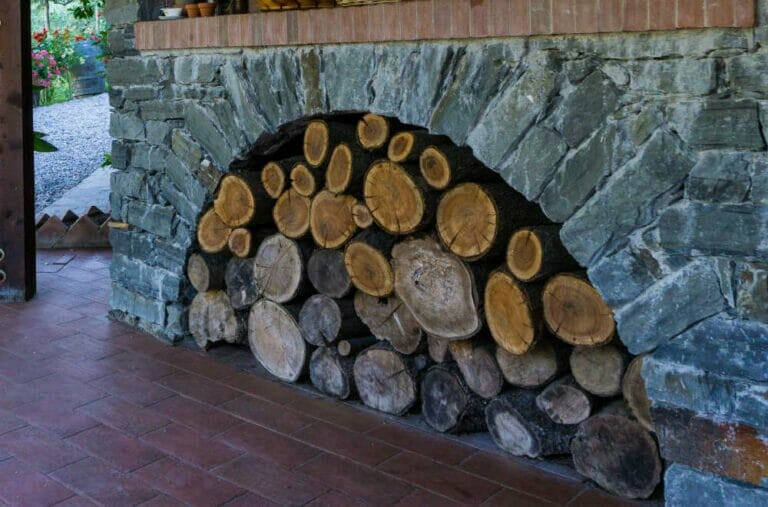 The catalpa is a fast-growing deciduous tree that enjoys the warmer regions of East Asia, the Caribbean, and North America. It grows to a height… 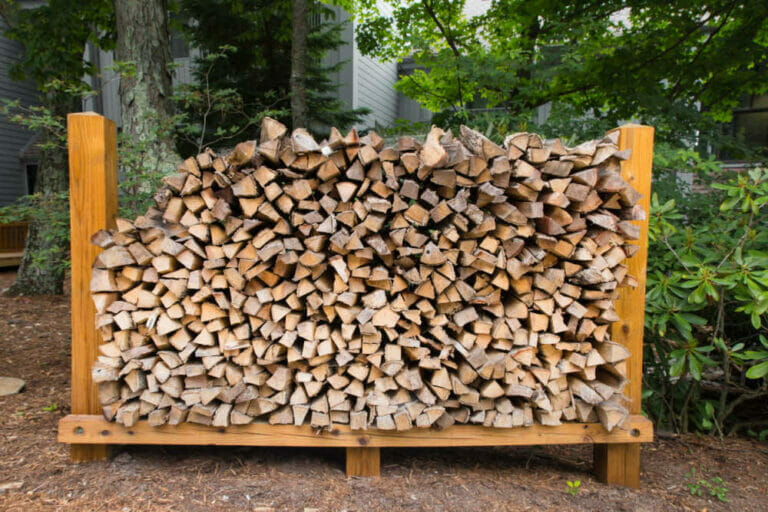 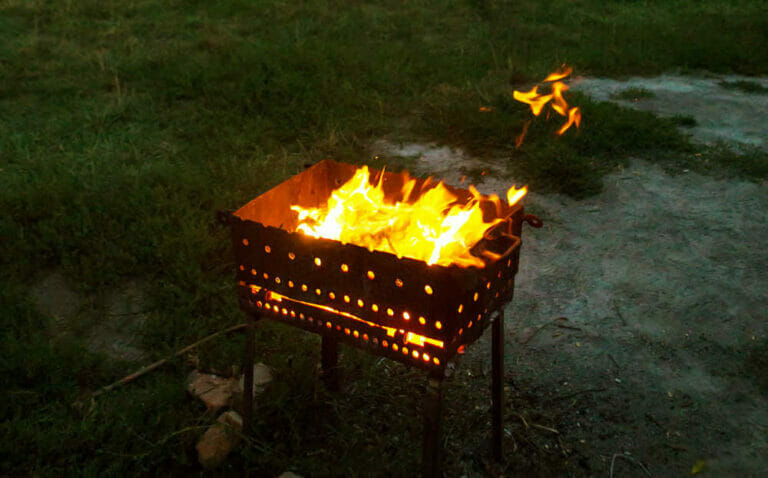 Most apricot trees only live for 20-30 years before needing replacement. The wood is strong and durable, making it excellent for woodwork projects like knife… 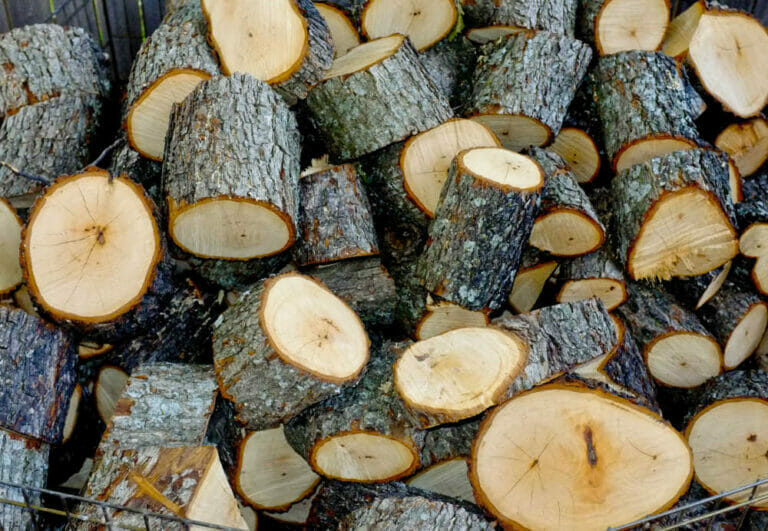