The mesquite tree is a deciduous hardwood that is commonly found growing in southwestern United States and Mexico. Although they often grow into small shrubs, some may reach a height of 50 feet with a good water supply.

Mesquite is excellent used in woodworking projects, but how useful is it for burning? We’re about to take a close look at whether it’s worth using in your fire.

Is mesquite firewood any good?

Mesquite is a hot-burning type of wood that burns clean if it’s been properly seasoned. It can be a challenge to split and some will find the fragrance it gives off overbearing. Mesquite is an exceptional wood for cooking with, adding a delicious smoky flavor to food.

The heat output of firewood is an important consideration. Whether you’re relaxing in the lounge or sitting around a campfire, there’s no point in making a fire if it doesn’t provide warmth.

Seasoned mesquite provides 28 million BTUs of heat per cord which is a very high rating. You’ll stay warm even in the coldest weather.

Use caution when burning this firewood in a modern fireplace. Unlike the old rock or firebrick versions from last century, newer models may not tolerate the heat extremes. It’s a great option for burning outside where the heat can’t cause damage.

Check out the following table comparing the heat output of mesquite to various other common types of firewood.

Mesquite is known to give off a fair amount of smoke as it burns. We recommend this firewood for wood stoves and other fireplaces with a door. Open fires may smoke out the room giving everyone sore, red eyes.

Seasoning is an important consideration with any wood, including mesquite. Green wood contains water which will produce a lot of unwanted smoke. Check out our tips for drying wood further down the page to get the best out of your wood.

Although some get lucky, mesquite is often a challenge to split, like hawthorn. Unlike oak which grows straight, it has twisted, tough wood fibers. But mesquite wood has some great qualities and is worth the effort to split.

The tree crotch is a gnarly, twisty section of the tree that is especially hard to split. This is where several branches join the trunk and form one twisted mess. It is usually rock-hard and may need the help of a chainsaw to cut through.

A hydraulic log splitter will make your life much easier, but these don’t come cheap. At the very least, we recommend a good quality splitting axe or maul that is built for big jobs.

If you live in a really cold climate, wait for a freezing morning to chop wood. This will make the job a little easier.

Wood that pops and sparks can put burns on the carpet and start unwanted fires. Thankfully, mesquite firewood doesn’t usually produce many sparks. If you’re outdoors, you can sit around a campfire without constantly ducking from embers!

Keep in mind mesquite should be properly seasoned before burning. If it’s green, you’ll have to deal with more sparks and smoke. The wood will also provide less heat as the fire uses all its energy evaporating water.

Mesquite firewood gives off a sweet, pungent fragrance as it burns that is very unique. While some love its smell, others find it too overwhelming in the home.

As the wood ages, its aroma reduces. Those that want hot-burning wood with less fragrance may want to leave it for three years or even more. People that prefer a neutral-smelling fire may want to try black locust if it grows locally.

It is an extremely popular option in the meat-smoking community. But keep in mind that a little goes a long way. Too much smoke and you’ll overwhelm the flavor of the ingredients.

Tip: If you enjoy firewood with a nice fragrance, you can also use apple, cherry, hickory, pine, or Bradford pear firewood.

Mesquite produces good coals that keep wood stoves warm through the night. It is a better option than ash or pine if you want a long-lasting fire. Mesquite won’t compete with oak and black locust for its coaling properties, but it’s still decent firewood.

You may also like to read our article that looks at whether juniper makes good firewood.

When a fire burns, creosote gets deposited inside the chimney as black tar. It’s a good idea to get the chimney swept each year to stay on top of the buildup.

Mesquite is a hardwood that shouldn’t give off too much creosote. It’s important to allow sufficient time for the firewood to dry before burning. This results in a cleaner burning fire without too much soot.

How long does it take to season mesquite?

Mesquite firewood doesn’t have a lot of water content so usually, 6 months of seasoning is sufficient. In cold, damp climates you may need to allow 12 months for a clean-burning, hot fire. Burning firewood prematurely will result in a lot of smoke and much less heat output.

To speed up the seasoning process follow these quick and easy tips.

Split the firewood: increase the amount of surface area exposed to the drying effects of sunlight and wind.

Create space between rows: build a series of stacks that have a 3-5” gap between each one for increased air circulation.

Cover the wood: use a tarpaulin to protect the firewood from rain and snow.

Position well: face the stack towards the wind and avoid shady areas.

Raise the wood: place the wood on pallets, allowing air to circulate underneath.

How do I identify honey mesquite firewood?

To identify honey mesquite, look for reddish-brown heartwood and thin, yellowish sapwood. The wood usually has a lot of knots and irregularities.

How do I identify a mesquite tree?

A mature mesquite tree has dark brown bark with branches that contain thorns on its new growth. Their small compound leaves have a feathery appearance and grow sparsely in clusters. When the tree blooms, it produces yellow or creamy white flowers.

Can you burn mesquite in a wood stove?

Mesquite is suitable for a wood stove, but always use caution and avoid overloading. The wood burns hot and may be too much for some stoves.

Mesquite is well known for attracting bugs like wood borer. Keep a close eye on your wood stack as it can turn to sawdust in no time once it gets an infestation.

Mesquite is decent firewood that gives off a lot of heat. If you’ve got an old tree that needs felling, it’s well worth your effort to split.

The best use for mesquite is cooking as it adds mouth-watering flavor to food. If you’ve got another source of firewood like oak, you’re best to use it for keeping warm and save the mesquite for cooking with. 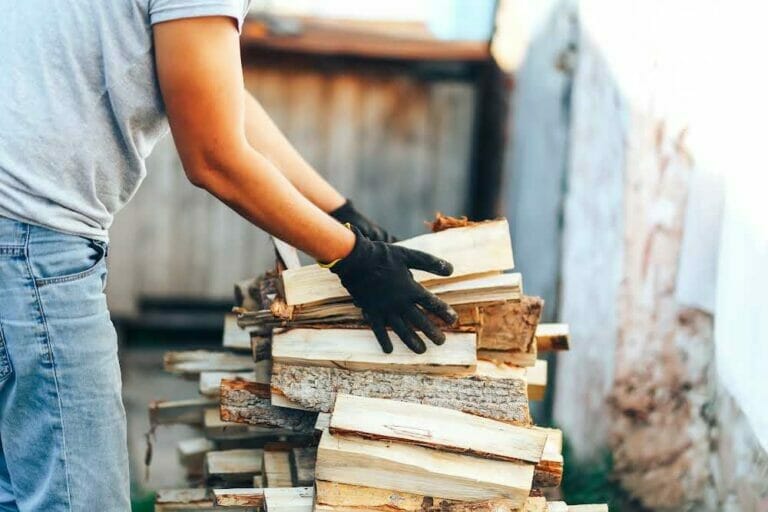 After firewood has been split, all that remains is to store it. While this sounds simple, it’s essential to get it right. Otherwise, you may… 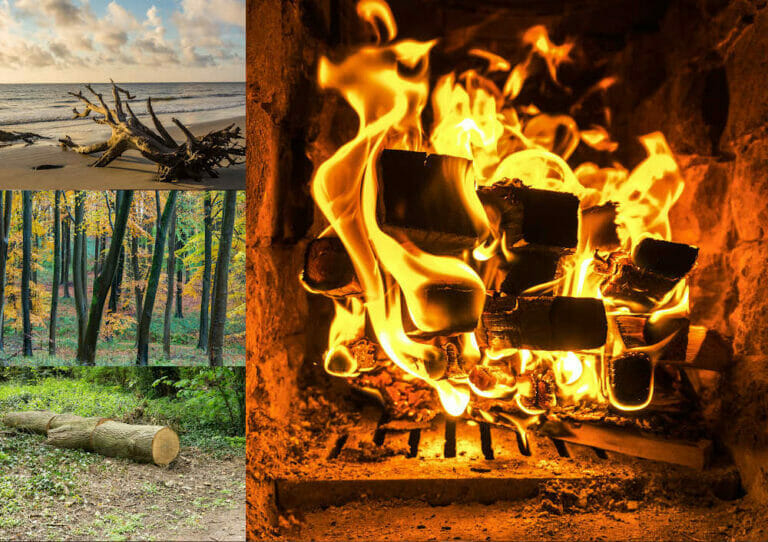 A crackling fire is a great way to stay warm in the cold months, but using the right firewood is essential. While some types of… 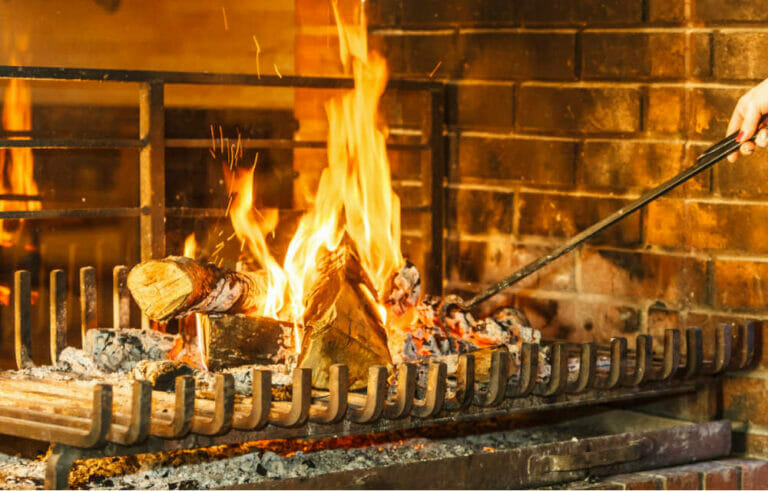 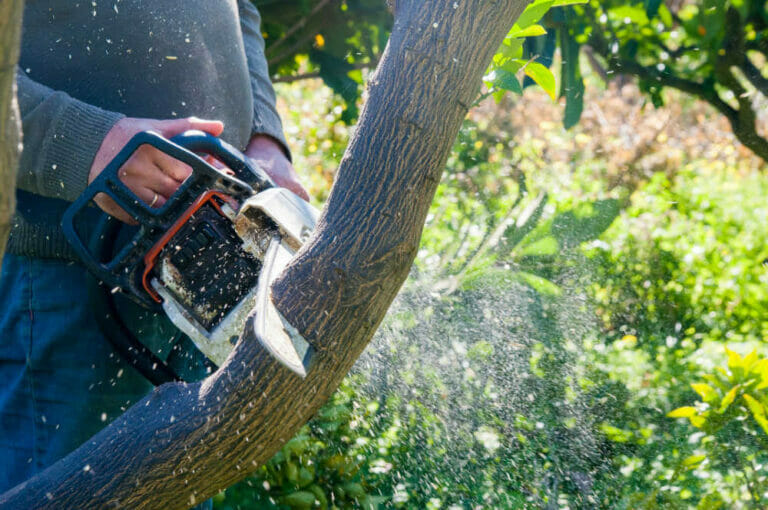 Orange trees are grown for their fruit, but what’s the best use for this variety of citrus when they stop producing? While the wood is… 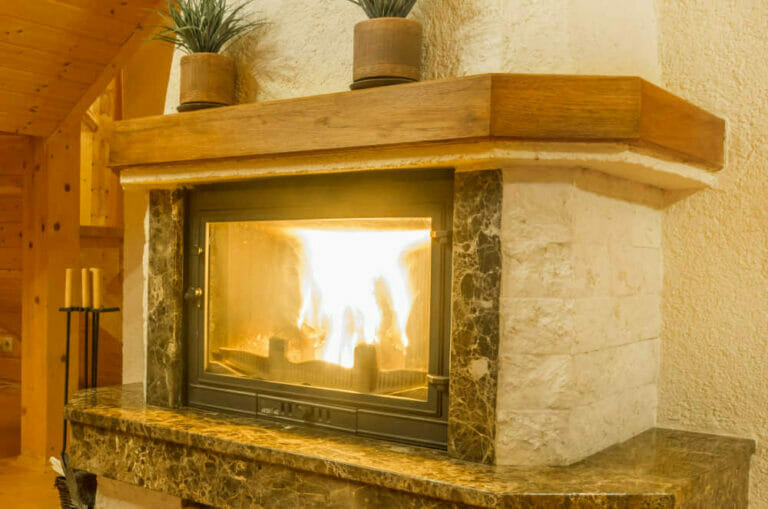 Manzanita trees are an evergreen hardwood, popular for bird perches, small boxes, and turning projects. They are commonly found in western North America and typically… 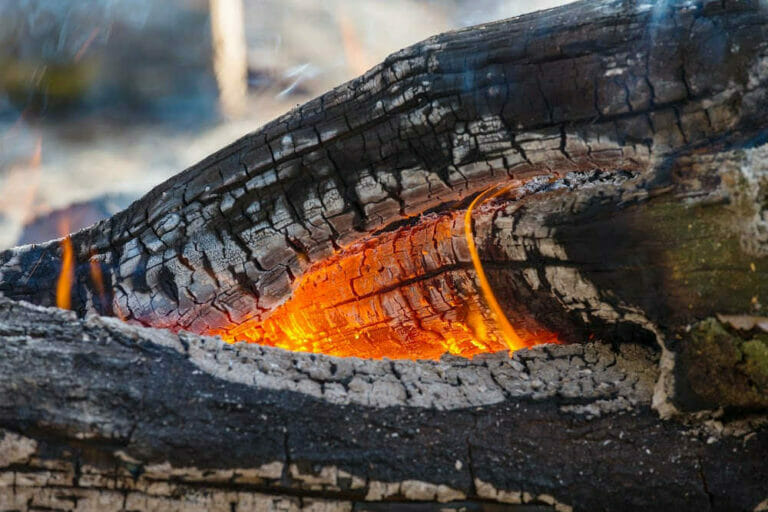 The yellow box is a common tree in the southeast of Australia. It is a popular shade tree, and its flowers are excellent for honey…